From a money-saving point of view it can be tempting to buy one of the cheaper priced pull up frames. They all look the same, so they are all basically the same then, right? Well, not exactly. Yes, they mostly all cover the same exercises, dips, leg / knee raises, pull-ups etc. And some even have the lower hand grips so that the user can also do press-ups (Push ups as their known in the USA).

But when it comes to the differences between the low-cost and more expensive models, it mostly comes down to build quality, materials used, and how easy they are to assemble. And then once assembled and used for a few months, how well does it hold up. Is it sturdy? Does it move a lot, make a lot of noise when in use. Is it wobbly. These are some of the potential issues faced when buying free-standing pull up bar station. If you’re in a rush and want a quick recommendation, a good cheaper model worth mentioning, which does have good reviews, is the free-standing Hardcastle Power Tower.

Overall, a cheaper dip station, although still not a bad purchase for the majority of people, does come with some added risk. Generally, they will have a few more customer complaints regarding the above issues (build quality, sturdiness, harder to assemble etc). The quality control might be a bit hit and miss. And as a result, it might be harder to assemble because the screw holes and bars might not be a perfect fit. This alone could make a lot more extra work for the buyer, requiring a DIY fix to get the station up to a good standard that’s safe to use.

Either persevere and get it up to scratch, or just give up and return the product. You could also save yourself the potential headache and buy one that has a better track record for sturdiness and durability.

With the slightly more expensive pull up / dip stations, these complaints are seen / reported less frequently. One such example is the free-standing MiraFit VKR Power Station (pictured above). This model has impressive build quality, is very sturdy, and has an additional sit-up feature.

One more well worth considering is the York Stand Alone Workout Tower (Alternative model here). York is a well-respected brand and stand behind their products. Some workstations have a set of lower hand grips for press-ups that are pretty awkward to use. But this frame (MiraFit VKR) has made these two bars so that they are raised higher, which makes them easier to use due to the additional space.

There is a preference to be considered with Power Towers like these. Some have the pull up bar on the same side as the dip / leg raise handle bars. These types take up less space and can be neatly placed up against a wall, but can be a bit more difficult to use due to the users legs being positioned in between the dip handle bars while performing pull ups.

The models with the pull up bar on the other side give the user much better leg freedom while doing pull ups, but makes positioning the station, so it’s nice and neat, a bit more harder to do. Not a big deal really. Which ever design you feel suits you better is just personal preference, both designs do the same thing. They are great pieces of equipment for increasing upper body strength and muscle definition. Specially if you’re someone who’s into Calisthenics (body weight exercises) and want quick access to all the exercises these stations can provide. 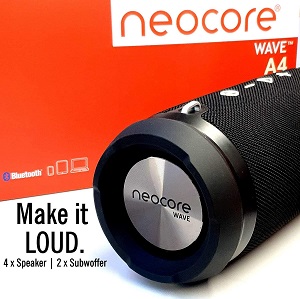